Back in October 2017, we decided to make the support for Ghost in Azure better. And it turns out many folks have been using our Ghost-Azure repository to host their blogs in Microsoft Azure. Ghost 2.0 has been released and we already have adapted it to be easily deployed Azure Web App Service.

Find out about the awesome features coming out of the box: https://blog.ghost.org/2-0/

Why our adaptation is being helpful?

What progress did we make on our side?

Previously we forced users to execute the last steps manually but now 100% of that happens automatically - from Resource group deployment to database migrations!
Either click the blue "Deploy to Azure" button or sync your existing Azure App Service deployments via Deployment options/Deployment Center.

It's time to make a commitment

We are going to have all new releases of Ghost pushed to our repository from now on. I'm not going to write this if I haven't already implemented the Function app to do the hard work for us. 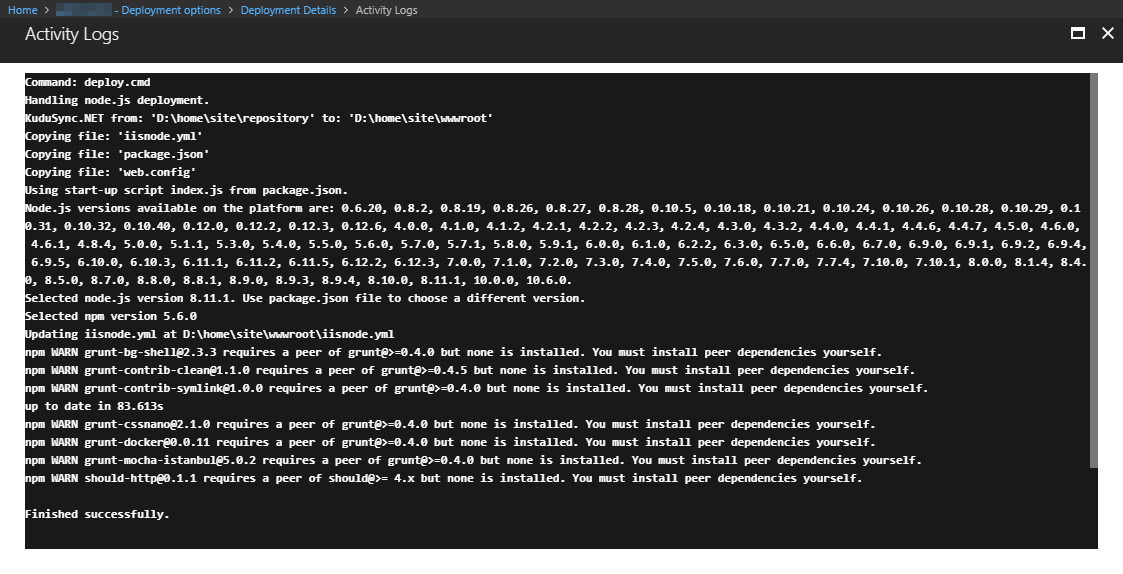 What went wrong while I was upgrading?

After I consulted the logs I found out that something was wrong with the database migrations. There was a huge block of SQL code that was failing. So I decided to download the SQLite file and check what's happening with the migrations.
I used an open source tool called DB Browser for SQLite to open that file. Opened the migrations table and saw it was stuck on the first migration coming from v1.25 - 1-update-koenig-beta-html.js. The next one needed to be 2-demo-post.js. It tries to add a demo post to your blog. I was not entirely sure why it failed but decided to skip it as I didn't really need that demo post on my blog. I inserted that record manually: 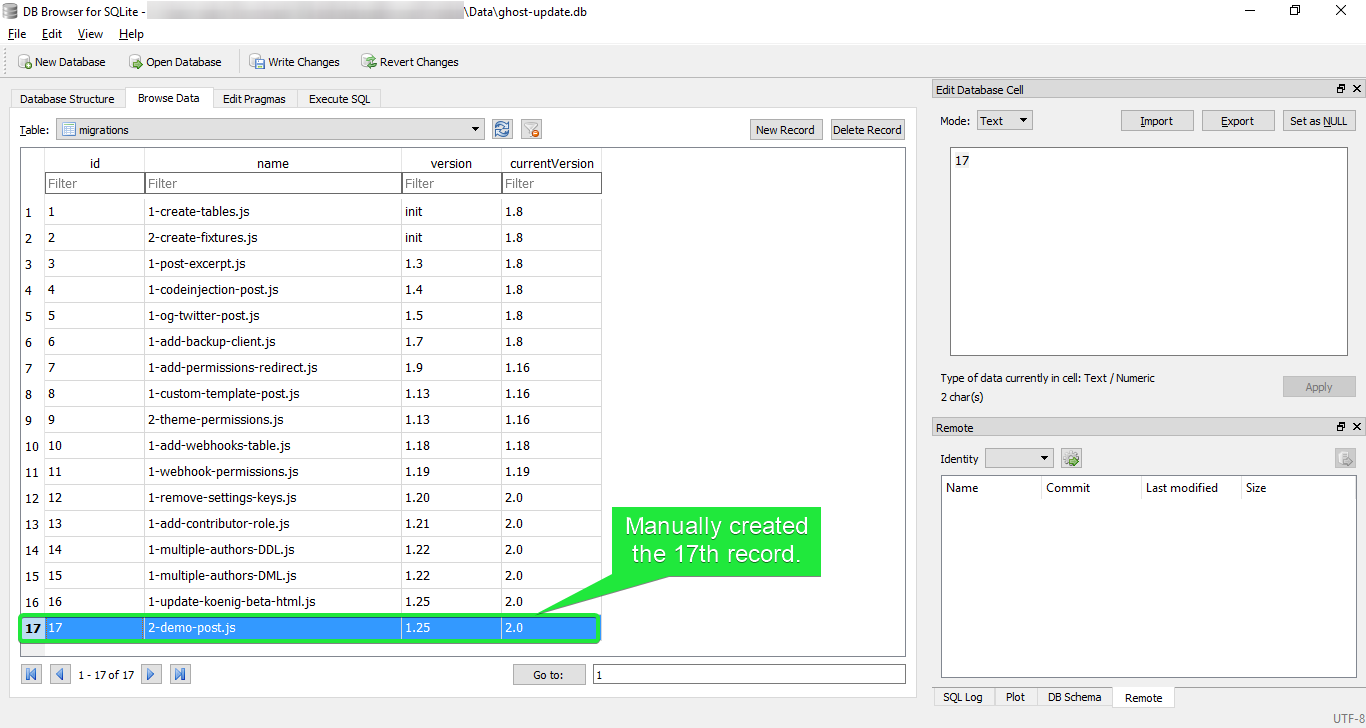 Then I uploaded the database file and initiated the deployment once again. And it worked! :)

Thanks to the Ghost team and all contributors!

Get the latest posts delivered right to your inbox 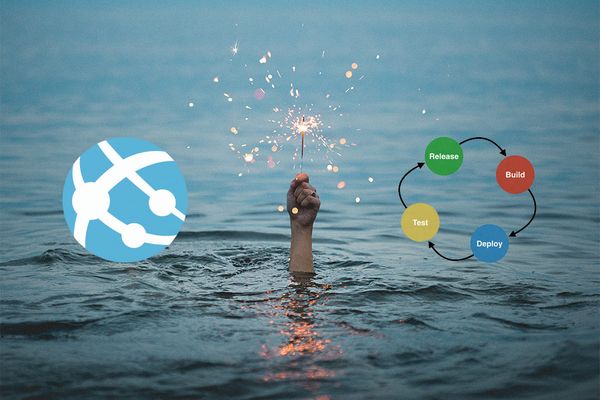 I used to take both gravity and Continuous Deployment to Azure App Service for granted. This has wasted a lot of time executing manual tasks upon deployment. Sometimes you just 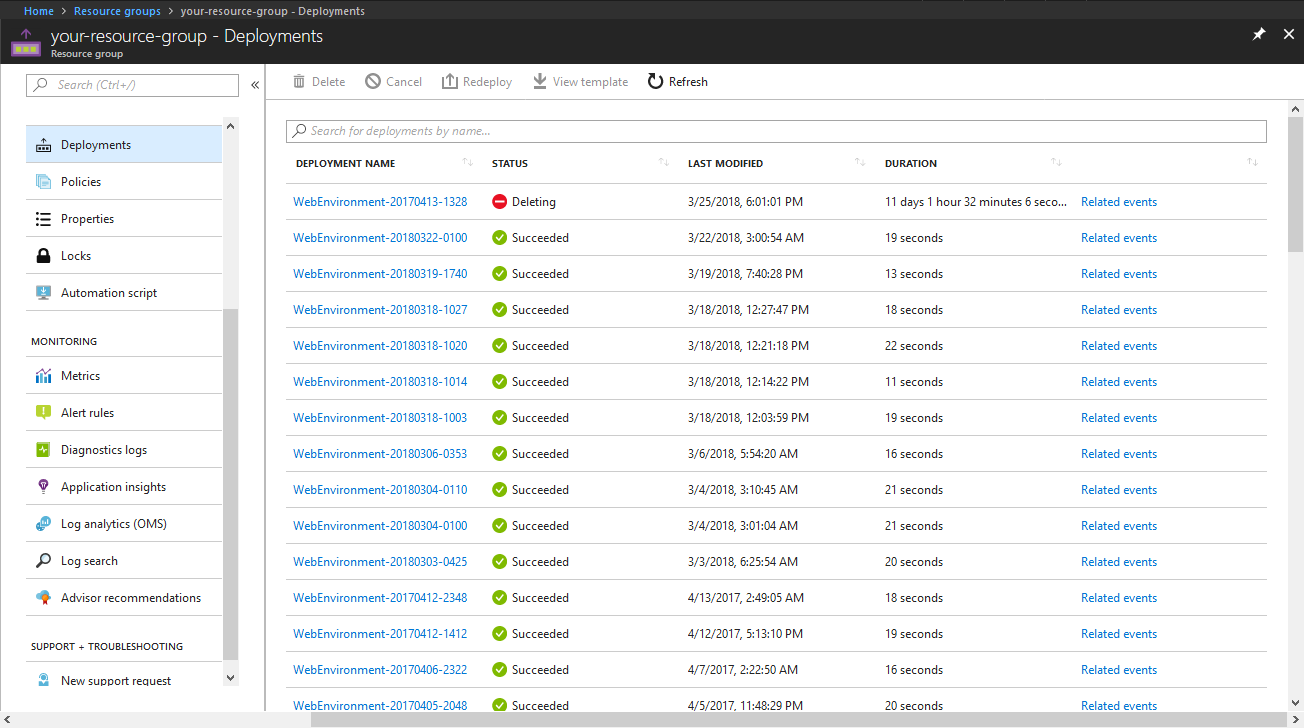 You may have reached a certain point where you cannot make a new deployment against a particular resource group. The error goes like this: Creating the deployment 'Your-Deployment-Name-Goes-Here' would exceed

You've successfully subscribed to The blog of Radoslav Gatev!
Could not sign up! Invalid sign up link.

Stay up to date! Get all the latest & greatest posts delivered straight to your inbox